The “Walker” family began cross-cultural work in 2001. In 2006, they joined Beyond (http://www.beyond.org) and in 2011 started applying CPM principles. They were joined by “Phoebe” in 2013. Phoebe and the Walkers moved to different countries in 2016, and have been supporting the movements from a distance.

Before the Church Planting Movement (CPM) began in our area, our two national partners were full-time Christian workers in the nation’s heartland. Both had a heart for God’s kingdom, but CPM was far outside their paradigm.

After attending a two-week CPM training, we became intentional in taking the next steps toward catalyzing a CPM, eliminating all non-essential ministry efforts. Our new approach included:

In July 2012, one of our partners gathered 15 men from various districts. We began meeting for 1.5 to 2 day trainings, roughly once per month. Most were Christian-background believers, while a few were Hindu background believers. As many began applying CPM principles, they quickly saw fruit. Our national partner was the head coach and cheerleader for this group.

Through this process, here are a few of the many lessons we learned:

The movement has consistently reached 4th generation in many places. In a few locations, it has reached the 18th generation. This is not just one movement, but multiple movements, in four+ geographical regions, multiple languages and multiple religious backgrounds.

By the Walker Family and Phoebe 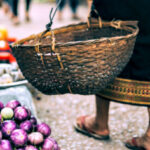 When Buildings are Useful 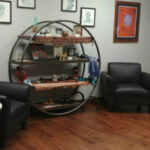