Raj*, a high caste Hindu man, hated that his low caste neighbors worshiped Jesus with friends in their home. Intent on stopping them, he convinced all the neighbors to join him against them. However, even through the persecution they continued to meet.

One day, the couple asked him, “Why are you against us?”

Without knowing us, you are against us,” the wife said. “Only if you see our work can you judge properly.”

“Entering your lower caste home would pollute me.”

“We will give you a chair so you can sit outside and watch through the doorway.”

So Raj went. When the gathering ended, he no longer hated them. Rather, he was so impressed that the next week he brought his wife. They sat outside. At one point, Raj’s wife asked for prayer for her knee. The church prayed and her pain disappeared. Later, they studied the crucifixion story. Raj and his wife had never before heard of a God who died for people. After the others left, they stayed to hear more about Jesus.

Six weeks later, Raj and his wife received baptism along with seven other families they brought with them—107 people in all!

Raj declares, “I used to be so bad toward the disciples. They always responded to me graciously. Now I will share the Word [with others] like they shared with me.” 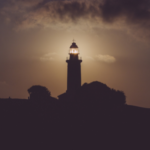 Bible Study in the Mosque 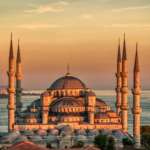