Thank you for your donations that provide training to make disciples.

Three years ago, the caste leaders of a village attacked a visiting disciple of Jesus named Roman. They wanted Roman to stop telling “their” people about Jesus. They beat him up, destroyed his motorcycle, and threatened to do worse if he didn’t leave immediately. Roman was terrified. He fled the village and spent the next few days hiding in the jungle. Disciples of Jesus from other villages brought him food and other essentials. After a few days, Roman stopped hiding. He first went home, then, amazingly, he returned to the village he’d fled.

The caste leaders were unhappy. “We beat you. Now, you’re back!?”

“You must hear me,” Roman said. “I have good words for you.”

Intent on stopping Roman for good, the village leaders “reported” him to local Hindu radicals. They came and threatened Roman. He responded by boldly proclaiming the Good News about Jesus. Eventually, the group left, but later, two returned to speak with Roman privately. Roman asked two other movement leaders to join him in the village. Once all were together, the Hindu men exclaimed, “What kind of strength do you have to endure these things [beatings and threats]!?!” The five men talked for days and visited a local house church.

As soon as the two Hindu men returned to their own community, they started a Discovery Bible Study. Four months later, 27 people in their village, most of whom had also been radical Hindus, were baptized as disciples of Jesus. Of the 27, three pairs of workers emerged who have influenced 300 villages for Jesus so far. Recently, 60 people from those villages gathered to learn how they also can make more followers within the disciple-making movement and see new churches birthed in other unreached villages.

Being a disciple of Jesus does not erase suffering or eliminate trouble. However, when struggles come, we, like Roman, can listen to the Spirit and obediently go where He leads. As we do we will see His wonders – Sauls become Pauls, Simons turn into Peters, and Sons of Thunder change to loving servants!

Your financial gifts take the gospel to where it has never been, and this generosity is transforming lives and whole villages!

GIVE TODAY SO THAT MORE LIVES CAN BE TRANSFORMED
FacebookTwitterLinkedIn 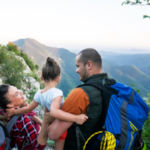 Why We Chose Beyond: Laser Focus on Healthy Disciples

A Big Day Has Arrived