When Joel,* a cross-cultural worker in Asia, arrived at the Disciple-Making Movement (DMM) training, he was shocked to see Paul*. “Why is he here?” Joel wondered. For six years, he’d tried to get Paul, a Tazig* believer, to attend a training. Joel had invited him multiple times, but Paul had never come. Why, then, was he at a training Joel hadn’t invited him to?

The answer was Sami, an influential local pastor who had attended an online DMM training Joel had conducted. Sami had been so impressed that he wanted his whole network to take the training. Joel and Sami met to plan it. In the course of conversation, Joel mentioned his work among the Tazig and Sami remarked on his recent contact with Paul. Briefly, Joel shared his history with Paul.

That’s how Paul ended up coming to the training! Sami had invited him. God is using Sami to draw people otherwise unwilling to respond.

In every movement documented, God has used the combined strengths of cultural outsiders and insiders to catalyze the movements. God is touching Sami’s heart to look beyond his church and pursue seeing every people group discipled. That includes the Tazig people and Paul!

READ ANOTHER STORY FROM JOEL
FacebookTwitterLinkedIn 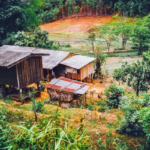 Destruction and Imprisonment . . . What Happened Next 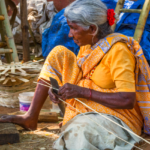