Hinduism has no founder. There is no figure like Buddha, Jesus, Confucius or Muhammad. Hinduism is inseparable from the Indian subcontinent, though it has spread far beyond India and is now the third largest religion in the world. The word “Hindu” was originally a geographical term, used by the Persians for the people of the Indus River region. Later Muslim invaders called it Hindustan, the country of the people of Hind/Sind. In the 18th and 19th centuries, the term “Hinduism” was coined to describe the religion, customs, culture and way of life of the peoples of India.

Hinduism contains many strands, developed over long periods in different regions. The Aryans are believed by many to have occupied the Indus Valley area around 1500 BC. They had beliefs and practices similar to those of other peoples of the Middle East and the Mediterranean. They composed the hymns of the Rig Veda, the earliest scriptures of Hinduism. While they contained signs of belief in one creator God, the hymns reflect many gods, representing forces of nature. Over time there was a gradual fusion of the beliefs and culture of the Aryans with that of the indigenous peoples.

Hinduism has developed into a complex system of varied ideas and beliefs. Because of its continued assimilation of local traditions and views, it is difficult to define the common beliefs and practices accepted by all Hindus. It could be said there are as many forms of Hinduism as there are Hindus. Below is a summary of some of Hinduism’s central beliefs:

Today the influence of Hinduism has spread far beyond India through the teachings of modern gurus, the scattering of Hindus around the world, and the New Age movement. 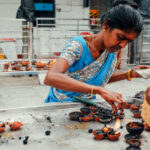 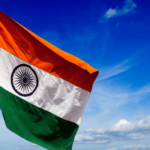