Kersen* grew up as a Muslim but became a follower of Jesus. After learning how to use verses from the Qu’ran to talk about Jesus, he found his high school friend, Ajij*, to share what he had just learned.

Soon they transitioned to studying about Jesus and the prophets. As they studied, God began to open Ajij’s heart, and he was drawn to Jesus. Ajij started sharing what he was learning with his wife.

“You can’t study those stories,” she said. “Those are stories from the Injil (the New Testament), and that book has been corrupted.”

Ajij mentioned this to Kersen. Using verses from the Qu’ran, Kersen showed that even the Qu’ran said the Injil had not been corrupted.

Because Ajij continued studying about Jesus, his wife thought seriously about divorcing him. But she began to realize that Ajij was becoming a kind man. He took care of her and led her. “Why would I divorce a man like this?” she thought. So she began to be open to stories about Jesus.

Before long, Ajij and his wife came to faith and were baptized! They shared the Good News with their parents. So far, three of their parents have come to faith in Jesus Christ, and they meet together as a house church.

BEYOND donors, thank you for being part of this Kingdom growth.

HOW TO HAVE SPIRITUAL CONVERSATIONS WITH MUSLIMS
FacebookTwitterLinkedIn 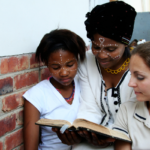 Making Disciples Was His Brother’s Job 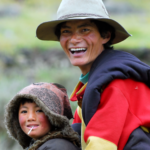