Samir* liked to talk with people about Jesus. So, noticing Frank’s* social media account, he left a message and hoped this stranger would reply.

Frank did. After several conversations, he discovered that Samir and his father, Nuh*, have planted several churches and want to reach many more people. Since spring, Frank has been casting vision with Samir about what it would look like to see their whole nation reached with the gospel. They have had many discussions about the importance of being disciples who make disciples, who make disciples.

A few weeks ago, Samir and Nuh led a man to faith in Jesus. Samir remembered conversations with Frank about reaching whole families and helping people become disciple-makers. So instead of inviting this man to join their traditional church, they told him to gather his family and friends to learn about God together.

When Samir and Nuh entered his village, they were surprised to see that he had gathered around 50 people! They immediately began to share the good news. Fifteen people became followers of Jesus, while others wanted to keep studying the Word. That day a new church was established in the village!

Shortly thereafter, Samir asked Frank to coach him on using multiplication principles in his ministry. Frank agreed to coach Samir if he first found others who would commit to be trained and apply the principles that Samir would pass on to them. Samir gathered some people, and he and Frank have already had their first “official” coaching session! 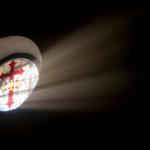 The Cross in the Store 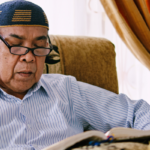