In North India, a young follower of Jesus tutors in the home of a neighboring Sikh family. She learned that one of the boys could not hear or speak and that the family was being ostracized. Because of their “cursed son,” extended family members would not let them visit.

The boy’s parents had spent a lot of money trying to heal him, but nothing worked. They felt deep shame. The father had tried to kill himself several times. The whole family even ingested poison once, attempting to end it all.

For weeks, the young woman prayed with the family. Then her father, Sanjay, went to their home and read the story of creation: how God created mankind. He explained that as God’s creation, it wasn’t right for them to try to kill themselves.

The family began visiting a nearby house church and listened to the testimonies. After six weeks, they asked to learn how to start a Bible study group in their home. Their lives improved in many ways! The son began responding to his name, and now even says “Mama” and “Dada.” Though some of their extended family members still reject them, they are strong in Jesus.

If you are a Beyond donor, you have helped make this story possible.

YES! I WOULD LIKE TO HELP SPREAD THE GOSPEL TO EVERY PEOPLE
FacebookTwitterLinkedIn 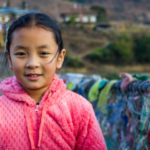 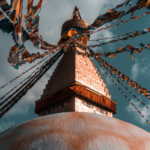