The Christian Church in India dates as far back as the first century, and new churches are still being constructed today. Tradition states that it was St Thomas who first brought Christianity to India. Today, it is the third largest religion in India after Hinduism and Islam, comprising approximately 2.3 percent of the country’s population.

William Carey is one of the founders of modern Protestant missions. He settled in Serampore, north of Kolkata (previously Calcutta), in 1793 and devoted his life to bringing the gospel to India until his death on June 9, 1834. He and other early missionaries worked on Bible translation and church planting, and they were also deeply involved in social action and reform.

The Indian Church experienced dramatic growth in the early part of the 20th century, and the conversions are referred to as “mass movements”. The majority of Christian conversions have come from the lower castes such as the Dalits, while the higher castes have remained largely resistant. Most Protestant denominations are represented in India, but almost all of them are now exclusively staffed by Indians; the role of foreign missionaries is limited.

The modern Indian Church is not without its problems.

The caste system has been difficult to eradicate, even within the Church, which has discouraged some converts from attending church. Some converts are reluctant to attend traditional churches and identify as Christians due to the political climate of prejudice and oppression. They may choose to follow Jesus but still identify culturally as Hindu. These are complex issues that cannot be thoroughly addressed within the scope of this article. For more in-depth information, check out the book Christian Barriers to Jesus by JP Pennington (William Carey Library, 2017).

Let your light so shine before men, that they may see your good works, and glorify your Father which is in heaven. Matt 5:1

PRAY THAT the Church will rightly represent Jesus as the light of the world, so that non-believers will be attracted to Him and want to know Him.

PRAY THAT Indian Christians will be strengthened to continue to love one another as Christ has loved us, and thus glorify God. 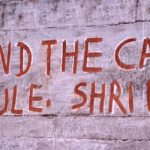 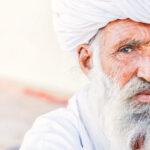