In the 1950s, my parents saw in a new way the true joy of Christmas. A young Indonesian man had recently come to faith and was thrilled that “now, I can celebrate Jesus’ birth too” as he joined the all-day Christmas celebration held by a fledgling church in a previously unreached area.

About the same time, a 70+ year old Indonesian woman heard (via a tape recording in her own language) her first story ever about Jesus.  She turned to my dad with tears in her eyes and with sobs in her voice and said, “If what this man says is true, my whole life has been in vain!  Why did it take so long for someone to tell me this news?”

60+ years later, we continue to hear reports of essentially the same question asked by many in the Middle East, in Africa, in India, in China and in many other places: “If people have known of this Jesus for so long, why has it taken so long for someone to tell us?”

Have you noticed who God selected to hear His first Christmas announcement: ordinary – you might even say poor – people (the shepherds). And people from a distant land: (the Magi / Wise Men). The shepherds responded in faith by both hurrying to the new baby and by spreading this amazing story to all who would listen.  The Magi responded with such faith in God that they understood the meaning of the star, were willing to make a long journey, gave expensive gifts, and bowed in worship to Jesus.

Please help speed the Christmas message to the 2.3 billion who have never heard and are still waiting!  Join us in the joyful urgency of getting the news of Christmas to the poor and those in distant lands. We want to do this as soon as possible, so that hundreds of thousands (or more) will celebrate Christmas for the first time next year! 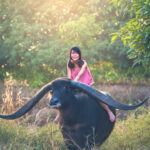 “Those are not ancestors, but spirits who are lying to you.” 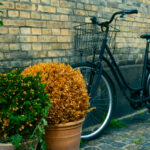