The temple is the center of the Hindu community. It is the first building constructed in the city, and the rest of the community rises up around it. The temple is involved in every important life event; birth, marriage and death all call for religious rituals performed and blessed by the temple priest.

A Hindu temple is not a place of communal worship like a Christian church. Instead, it is considered a sacred space that houses a particular deity. While there are millions of gods in the Hindu faith, most are considered minor deities and do not have a temple in their honor. However, there are many minor shrines dedicated to the lesser gods. Going to a temple is an individual act of devotion to the specific god that lives there. There is no special day of the week designated to worship; one can go whenever the desire arises.

Every Hindu home is also considered a temple and a place of worship. Most families have at least a shrine in their house, and others may have an entire room dedicated to prayer, worship and meditation. A family has a particular deity that they revere, usually represented by a picture or a small statue. They may offer it flowers and food as a part of their worship. Cleanliness is important to keep the temple pure and sanctified. To help keep the home pure, most Hindus remove their shoes before entering their home, and many refrain from activities seen as polluting, such as smoking, drinking or eating meat.

I am the Lord; that is my name; my glory I give to no other, nor my praise to carved idols. Isa 42:8

PRAY that Hindus will tire of idol worship and turn to the one living God.

PRAY that the spiritual hunger of Hindus will grow and that the Holy Spirit will meet this hunger. 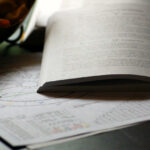 Pleading with God for the Privilege 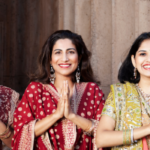