“Do you know the name of the only woman mentioned in the Qu’ran?” Nicole asked the four young women. They had been meeting as an English Club and had gathered for a Christmas celebration.

One woman knew the answer: Miryam (Mary). Yes, the mother of Jesus even has a chapter in the Qu’ran named for her.

Nicole asked if they would like to hear Mary’s story. Everyone was eager, so they began reading the story found in Luke. The women then discussed it by answering searching questions.

Finally, Nicole asked if anyone had heard the story before. The Buddhist woman, *Neha, shook her head. No, she never had. This was the first time she had ever heard the Christmas story. The Muslim women nodded their heads, but only because they’d heard the character’s names. This was their first time to hear the actual story.

There are over 2 billion others like these women: they have never heard the story of Emmanuel, God with us. They don’t know that he came – as one of us – to redeem us from sin and restore us to God the Father. 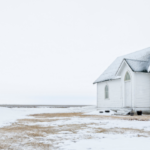 Do You Go Beyond the Four Walls?

Visionary Faith in Spite of Fear 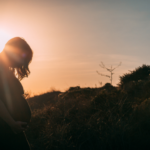