A few years ago, a woman invited her neighbor, Reshma*, to participate in a Discovery Bible study in her home. The woman was a follower of Jesus. She knew that things were not good in Reshma’s family. She wanted Reshma to hear a True Story about the True God and she wanted Reshma to receive prayer. If only the group could pray for Reshma, the friend just knew that God would help her with her every need.

Reshma attended the Bible study. The story of creation amazed her. What wonderful news! There is a God above all gods. When He made the world, He made it beautiful and good. The world with its violence and aggression, its oppression of women, its sadness and loss was not how it had always been! It was water to the dry soil of Reshma’s heart.

Reshma attended three more Bible studies in her neighbor’s home. Thrilled about the Good News she was learning, she began to share the True Stories with relatives in the village. Her husband became furious when he heard about her activities. How dare she leave the house! How dare she promote Christian stories! It was time to put a stop to the nonsense. Reshma’s husband took her to the roof of their home, held her over the edge and promised he would throw her off if she didn’t stop telling people about this Jesus. The next time Reshma met with the other disciples, she informed them through tears about her husband’s threat. They told her she should stop reaching out. Reshma replied, “What I am learning [about Jesus and His commands] encourages me to do this. I cannot stop!”

Soon enough, Reshma’s husband heard that she was still sharing about Jesus with their relatives and neighbors. Thankfully, he didn’t follow through on his threat about the roof, but he did imprison her in a room in their home. Before locking the door, he declared, “No one will meet together. You are separate from our family and will not see your children.”

Reshma prayed. Six weeks went by. One day, her husband was badly injured in a fall from the tractor while out in their field. With her husband now confined to his bed, Reshma was allowed out of the room in order to serve him. She kept praying. And for 22 days she cared for her husband. She brought his meals to the bed. She fed him. Over time, he began to treat her politely. Finally, his arrogance melted into humility. Once he was up and walking around the house again, Reshma dared to ask, “Are you still angry with me? If not, can I do Jesus’ work?” He made no reply. Reshma took his silence as permission. Thrilled, she began once more to share about Jesus with others.

In nine months time, this line of believers would grow to five generations of disciples with 42 people baptized into new life with Christ! 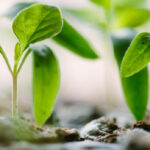 Lessons from a Movement 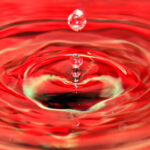