North Korea has been much in the news lately. Let’s pray rich blessings over this nation and its people.

Let’s pray that God would birth a great spiritual awakening as He did in the early 1900s when a disciple-making movement spread through Pyongyang. By the 1920s, the movement had permeated the Korean peninsula. Whole families and regions came to Christ! The revival was based on principles found in the book of Acts, which we see in many movements around the world today.

John Nevius was a missionary whose ideas helped launch this dynamic movement. Instead of urging people to come to a building to listen to a key leader or two (attractional churches), Nevius believed in local, empowered leadership, the priesthood of all believers, and simple reproducible Bible studies which any believer could start and help others to start. As a result, the gospel spread like wildfire.

The movement was hottest in Pyongyang; in fact, Pyongyang became known as “the Jerusalem of the East.” Some believed it was the fastest spiritual awakening seen since the one recorded in the book of Acts. Pyongyang became home to 300,000 Christians. Eventually, 29% of Koreans were involved in these house churches. 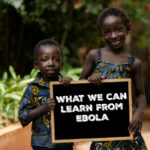 Ebola, Covid, and Movements, What?

Caught Between the Lion and the Lambs 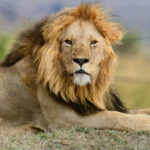