You never know how God has prepared people to receive truth from his word. Sometimes we think we are the first to bring the gospel into an unreached place when, in fact, God has already been at work. *Krish’s testimony illustrates God’s work in his life before he met a man from a spreading movement in North India and became an industrious disciple-maker himself.

Krish grew up in a devout Hindu family. For six years, he had been an active member of a radical pro-Hindu group. He persecuted followers of Jesus and led others in doing so.

One day, Krish’s doctor told him he had mouth cancer. The disease progressed until Krish’s mouth became so disfigured that he started wearing a handkerchief to cover it.

Krish continued persecuting followers of Jesus. As Christmas approached, Krish called together a group of friends to attack a prayer meeting being held nearby. When they arrived, however, Krish realized that the pastor facilitating the meeting was a personal acquaintance. The man invited Krish to sit with them. He did. He told his Hindu friends to leave; he would “take care of things” on his own. They left, and Krish sat through the whole service. He heard about Jesus. The testimonies people shared touched him. Then they offered to pray for his healing! Krish was shocked. These people who had been the target of his aggression had welcomed him in, and then prayed for him? Krish went home befuddled but hopeful. Maybe he’d get better?! After waiting three days, his cancer remained.

At this point in the disease, his face had become so severely deformed that he could no longer drink by himself, even through a straw. His mother had to pour water into his mouth from a cup. Krish began to feel foolish for believing he’d get better. Then he got mad. He became so angry at the pastor for building up his hope that he decided to return and beat him up. How dare the man say that God could or would heal him?!

Krish’s mother caught him as he was heading out the door. She said, “We have paid many doctors to heal you, and they could not, yet you did not beat them. Why are you going to beat the pastor?” Her question stopped Krish cold. He had no answer. He turned around and went back inside.

Five days later, Krish called his mother to pour water in his mouth. As he removed the handkerchief, he realized he could no longer feel his mouth. ”My lip has fallen off!” he thought. “Or maybe I am dead?!” In his terror, he began to scream. His mother ran into the room. She took one look at him and exclaimed, “Your mouth! It’s completely normal!” He had felt no pain because he was completely healed! The very next day, Krish visited the pastor and pledged his life to Jesus.

Krish’s life would change again when he later met a man named *Satish and learned how to become a disciple-maker. In two weeks, we’ll tell the story of their meeting and the fruit that has come from their partnership. Don’t miss it! 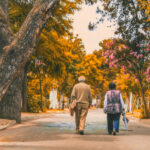 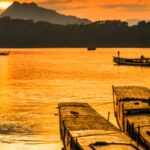