When the encrypted message came across my phone, I was stunned by its simplicity and boldness and humbled again by the words of “Harold,” my dear friend and partner in the Middle East. Though a former Imam, Al Qaeda terrorist and Taliban leader, his character has been radically transformed by the forgiving power of Jesus. I trust Harold unconditionally. Together we lead a network of house church movements in 100+ countries called the Antioch Family of Churches.

The day before I had asked if any of our former Muslim, now Jesus-following brothers and sisters would help rescue Yazidis. He replied:

“Brother, God has already been speaking to us about this from Hebrews 13:3 (NLT) ‘Remember… those being mistreated, as if you felt their pain in your own bodies.’  Are you willing to stand with us in rescuing persecuted Christians and Yazidi minorities from ISIS?”

What could I say? We have a deep bond to walk the same path with Jesus. Together, we train leaders who multiply our passionate surrender to Jesus, carrying His message of love to the nations. Now Harold was asking me to step deeper into rescuing people from slavery to sin and the horrific crimes of ISIS.

Within hours, teams of trained, experienced local church planters from the Middle East volunteered to do whatever it would take to rescue people from ISIS. What we discovered changed our hearts forever.

God was already at work! Broken by the demonic, barbaric actions of ISIS terrorists, Yazidis began pouring into our “Community of Hope Refugee Camps.” We mobilized local Jesus-followers to provide free medical care, trauma counseling, fresh water, shelter and protection. One movement of Jesus-following house churches lived out their faith to impact another people.

We also discovered that the best workers came from nearby house churches. They knew the language and culture and had the heartbeat of evangelism and church planting. While other NGOs had to restrict their faith message, our non-formal church-based efforts were filled with prayers, Scripture readings, healings, love and care! And because our team leaders had been lavishly forgiven by Jesus, they lived completely surrendered and filled with courageous boldness.

Letters began to pour in:

I am Yazidi. For a long time the condition of my country has been bad because of war. But now it is worse because of ISIS.

Last month they attacked our village. They killed many and kidnapped me along with other girls. Many raped me, treated me like an animal and beat me when I didn’t obey their orders. I begged them, “Please don’t do this to me,” but they smiled and said, “You are our slave.” They killed and tortured many people in front of me.

One day they took me away to sell me. My hands were tied. I yelled and cried as we walked away from the men who sold me. After 30 minutes, the buyers said, “Dear Sister, God sent us to rescue Yazidi girls from these bad people.” They had purchased 18 girls.

When we arrived in the Community of Hope camp, we understood that God sent His people to save us. We learned that the wives of these men gave up their gold jewelry and paid for us to be free. Now we are safe, learning about God, and have a good life.

(From a leader of one of our Community of Hope Refugee Camps.)

Many Yazidi families have accepted Jesus Christ and have joined in serving their own people. This is very good because they can share in their own cultural way. We are praying for the affected people that God will provide for their needs and protect them from the Islamic fighters. Please join us in prayer.

A miracle had begun. A movement of surrendered Jesus-followers from nearby nations – all formerly trapped by Islam – had been freed from sin to live for Jesus. They were giving their lives to save others. Now, a second movement of Jesus-followers has begun among Yazidis.

How could this happen? As D.L. Moody wrote: “The world has yet to see what God can do with a man fully consecrated to him. By God’s help, I aim to be that man.”

“Harold” was born into an Islamic family, raised and schooled to be a radical jihadist and Imam.  After his radical conversion to Jesus, Harold used his education, influence and leadership capacity to grow a movement of Jesus Followers.   Now, 20+ years later, Harold helps to mentor and lead a network of house church movements among unreached peoples.

“William J Dubois” works in highly sensitive areas in which the gospel is spreading powerfully. He and his wife have spent the last 25+ years training new believers from the harvest to grow in their leadership capacity and multiply house churches among unreached people.

This is article has been edited with permission and was first published in the January-February 2018 issue of Mission Frontiers, www.mission frontiers.org, and published in the book 24:14 – A Testimony to All Peoples, available from 24:14 or Amazon..

LEARN MORE ABOUT BEING A SURRENDERED JESUS FOLLOWER, JOIN OUR NUGGET TRAINING
FacebookTwitterLinkedIn 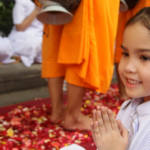 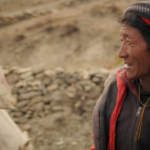