The background for the work of mission to the unreached would seem depressing. In 1900, the world had 1.6 billion people, half of whom had no reasonable chance to hear the Gospel in their lifetime. By 2000, there was an appearance of improvement: nearly two-thirds of the world now have a reasonable chance. But: the world’s population had grown to over 6 billion (and further, to over 7 billion by the end of 2018). In terms of people, in 1900 about 880 million had no chance to hear about Jesus; this year, that number had grown to over 2.1 billion—and it is still growing. The Church is alive and well, but the number of people with no chance to hear about Jesus is increasing faster than our effort to reach them.

This is why Beyond, and many of our partners, focus on disciple-making movements: throughout history, these kinds of movements have rapidly brought large numbers of people into the Kingdom. They grow faster than population growth, filling up whole peoples and spilling over into nearby places and cultures. And in the last few years we have begun to see the “first fruits” of these movements.

Let’s be clear: this fruit is not ours—it’s God’s. Only God starts movements. He uses us, so we place teams among the unreached who are doing everything they can to be “ready” when the Spirit blows, calling people to Him.

This year, Beyond saw one major movement double in size from nearly 17,000 churches in 2017 to well over 35,000 churches in 2018. We’ve seen over 20 new candidates join us, and placed several new teams in the field (with others heading to the field in the first quarter of next year). Many of the existing teams have seen 1st and 2nd generations of fruit, and some more—so although they are not quite yet at “movement” stage, they are seeing hopeful progress.

Around the world, Beyond and our friends and partners are part of broader global 24:14 Coalition focused on starting movements in every unreached people and place. The movements, networks, agencies and other groups are likewise seeing significant growth. At the recent Ethne conference, reports were heard from:

In all, we have documented more than 660 movements, with nearly 70 million believers. While this is an amazing sight, we know that there is much left to do. These 70 million believers represent just a little over 2% of the unevangelized world. And even now, significant persecution, restriction, and pushback is arising. Many movements saw martyrs this year.

With our partners, we are earnestly working toward the day when every place and people has a team of apostolic laborers working to ensure every individual has the chance to hear the Good News in their lifetime. Yes, we are spurred on by the mysterious promise in Matthew 24:14 – but even more, we are energized by the desire to see the light of God brought to people who sit in great darkness, and see their lives transformed by hope, faith and joy. 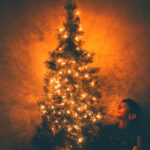 The Ancient Path of the Spirit Walk 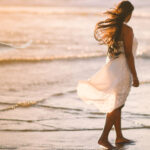