One night on the metro, *Raleigh noticed two covered women, one of whom was wearing a dress she particularly liked. They happened to sit down next to her as they waited for the train. Raleigh complimented the woman on her dress and asked where she bought it. Surprised that Raleigh spoke their language, the three women struck up a cordial conversation. Soon they asked Raleigh what brought her to live in their Middle Eastern country. Raleigh replied, “I was praying, and God told me to move here to work, to see, and to learn.”

As they continued talking, the woman asked Raleigh to pray for her, especially for her job. “Because,” the woman said, “we don’t know whose prayers God will grant. So maybe if you pray for me, God will answer your prayers.” Earlier that day, Raleigh and her team had read John 15 where Jesus says, “If you remain in me and my words remain in you, ask whatever you wish, and it will be done for you.” Raleigh shared and explained Jesus’ words to her, offering to pray right there on the train, but she declined, probably in part because it was such a public setting. One stop later, all three ladies got up to transfer to another metro line, all heading to the same line and walking in the same direction. The Muslim women, however, very politely said their goodbyes and walked off ahead of Raleigh.

Though the two women were not yet ready to pursue Jesus, we can look to this encounter to illustrate a simple method of searching for people of peace, called a “shema statement” (from the Hebrew word “shema” which means “hear or listen”). In Deuteronomy 6:7, God instructs His people to talk about His commandments “when you sit at home and when you walk along the road, when you lie down and when you get up. Tie them as symbols on your hands and bind them on your foreheads.”

So wherever we go, and with whomever we meet, we can naturally, honestly mention God early in a conversation which identifies us as spiritual people and followers of Jesus Christ. People who are hungry and curious will respond with clear interest to the truth we share. But others, who aren’t yet ready, will make that clear, too, just as Raleigh’s metro friends did by ending the conversation, even though they were getting off and transferring to the same line as Raleigh.

While sad, it’s okay that they weren’t ready in that moment. We are looking for people and households of peace (Luke 9, 10, and Matt. 10) who God has already prepared to hear the Gospel and who will respond eagerly, like Lydia and her family in Acts 16 who heard and were baptized the same day Paul shared with them. People of peace, like Lydia, will share the Good News with their whole family, a group of friends, or even their coworkers.

Shema statements are a simple, natural way to gauge whether someone is interested in hearing more. Raleigh and so many others testify that Shema statements have been life-changing for themselves and their ministries. Let’s ask the Lord to give us specific shema statements, get creative, and watch how He uses them for His glory. 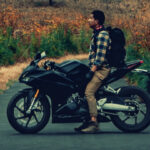 "How do You Express Your Faith in America?"

“Did God Answer this Prayer 15 Years Ago?” 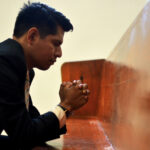 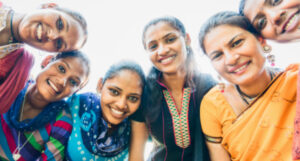 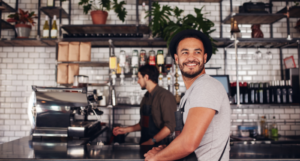 Lessons from a Coffee Shop 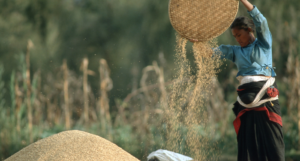