India’s caste system, a highly structured method of organizing society into classes, is still a powerful force in every Hindu’s life. It comes from Hinduism’s sacred text Manusmruti, which teaches that all people are born from different parts of the body of Brahma (Hinduism’s creator god). From the head of Brahma came the Brahmins (priests and academics). From his arms came the Kshatriyas (warriors and rulers). The Vaishyas (merchants and traders) were created from his thighs, and the Shudras (laborers) from his feet. Below them are the so-called “untouchables”, now called Dalits, who do the most menial tasks.

The caste system has been used for thousands of years to justify oppression. Violence against Dalits has been especially prevalent. Although India’s constitution outlawed discrimination against Dalits in 1950, caste-based prejudices persist and are even inflamed by Dalits asserting their right to equality. Dalit women suffer the worst of it, and are more likely to end up in contemporary slavery or to become a temple prostitute in the name of religion.

Historically, most conversions to Christianity in India have come from the Dalits. The higher castes have been consistently resistant to the religion, especially because Christianity, by its very nature, abolishes castes. Castes can be a barrier to the gospel, especially the higher castes, which have much more to lose and would no longer have the most power and privilege.

Castes and Christianity should not co-exist. Following Jesus requires us to love our neighbors as ourselves. Christianity affirms the value and dignity of every person created by God. These central values challenge the caste system, and converting to Christianity represents a radical act that not only brings spiritual freedom to the individual, but has the potential to cause social upheaval.

You shall love your neighbor as yourself.  There is no other commandment greater than these.
– Mark 12:31 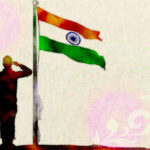