*Gabriella is the first known disciple from her West Asian unreached people group in the city where Frank and Helen minister. She has grown in the Lord but hasn’t wanted to share her faith, especially with her own Muslim people group. For years, Frank and Helen have been praying that God would give her a heart for her people.

Then Gabriella had a vision! In it, she led her people in praising and worshipping before God’s throne, using their traditional dances and singing style. As they danced, her people led other nations to faith, and they began to worship too.

After that, Gabriella opened her home and prepared traditional meals for seekers from her people group. They came to fellowship and to discuss the Bible stories she prepared.

But she has faced many challenges. In February, police raided the house church Gabriella attended and interrogated the elders, who then asked her to stay away for her safety. Then she experienced financial issues. She could no longer provide meals and had to stop hosting the group.

Frank and Helen encouraged Gabriella. They cast a vision for the importance of groups, generational growth, and multiplication. Gabriella’s excitement reignited. She wanted to re-start the meals and add a new group for women. She met right away with another woman from her people group. This woman loved hearing the story of Ruth and wanted to study more with Gabriella!

Then spiritual warfare increased. . . Don’t miss next week’s issue to learn what happened next. 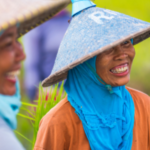 What is the Place of Women in World Missions? 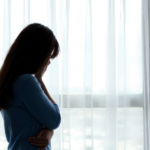