Zaul,* an Indonesian movement leader, partners with Bret,* a BEYOND movement servant.

During COVID, Zaul has been visiting a local prison. There he formed relationships with some radical Muslims and sought to bring God’s truth and love to them. As a result, a number of these men began to study God’s Word and eventually bowed to the sovereignty of our Heavenly Father. One of the men, Berkah,* wrote a letter to his whole family telling them of this great change in his life. He asked Zaul to deliver the letter to them personally.

Even though Zaul is comfortable in many settings, he was very nervous about delivering the letter. Nevertheless, he stayed close as Berkah’s family read it.

After they had finished reading, they asked if Zaul was a spiritual leader. “Yes,” he responded. Then they asked if he would be willing to more deeply discuss the things their son expressed.

“No,” Zaul responded. “But your son would be happy to walk with you as you read from the Holy Book.”

By handing the responsibility and privilege of sharing the gospel over to Berkah, Zaul is empowering a new disciple to immediately become a disciple-maker. This key component allows for the rapid multiplication of new believers in new households and regions. 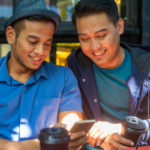 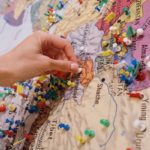