God gave Kevin, Beyond’s East Asia strategy coordinator, a desire to see disciples from movements cross-pollinate into other people groups where there are no believers. For a long time, he saw no movement toward this dream.

Then God brought *Kevin into a coaching relationship with *Richard, a movement catalyst living in another region. As they worked together, Kevin saw striking similarities between the people Richard worked among and an unreached group in his own region. Since Richard and his wife had trained several believers in the principles of disciple-making movements (DMM), he suggested that an exploratory trip be made. Some people Richard worked among could make the journey to explore possibilities for future disciple-making among the similar tribe in Kevin’s region.

Richard soon learned that three young women had often dreamed about going across the border to witness to their fellow tribespeople. They began raising money for the trip and making preparations to go. Thanks to the generosity of their house fellowships, they soon headed out.

After some grueling travel, the ladies stopped for a bowl of noodles before beginning their search for their people. As they ate, the restaurant owner asked why they had come. They explained that they were looking for a tribe to whom they might be related. “Speak to me in your language” she said. The women started talking in their tribal tongue and were elated to find that the owner spoke the same language!

This divine meeting led them to a village with people similar to their own. The villagers gave the young ladies a warm welcome. They were invited into many homes. Though they found some differences in their languages and cultures, they were able to communicate with little difficulty.

The ladies found that no one in the village had ever heard about Jesus or even God! Their language didn’t even have words to describe things like prayer. The visit opened many relationships, however, and they hope to be able to have deeper spiritual conversations in future visits.

These intrepid young ladies laid the initial groundwork for future short and long-term teams to bring life and light to a spiritually dark people. As Kevin summed up the task: “Our job is to catalyze movements to see all people groups reached with the gospel. It’s too big for us to do alone. We need to train and send more workers from the global body of Christ, sending them out in strategic mission, throughout the world.”

Pray that more disciples of Jesus would be able to make the trip into this and other similar villages. Pray also that trusting friendships would form, and that the Word would transform these people into children of God who eagerly spread his glory into other dark places. 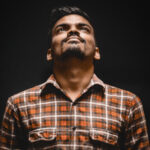 “My Lip Has Fallen Off!” 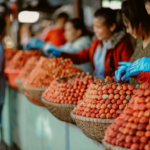