Learning the basics of Disciple Making Movements requires a paradigm shift for pastors of well-established denominational churches. The idea of reaching lost people more effectively by going outside the four walls of the church is daunting. Choosing to go to the lost instead of to invite them into church buildings can be a challenge!

But in the Philippines, Alex* continues to coach twelve traditional church pastors in disciple-making principles via Zoom calls. Says Alex, “It’s as if the Lord has blown down the four walls of many of their churches.”

Praise God for moving His Church into the world — and growing it — during this present crisis.

Read Another Story from Alex
FacebookTwitterLinkedIn 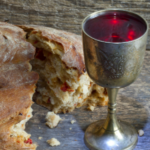 Sharing the Christmas Story: The Only Woman Named in the Qu'ran