Sothia pushed his bike to make it go faster. He wanted to arrive in time for the special classes at the big high school in town. His mother had lit an incense stick to pray for his success in school and he wanted to make her proud of him by studying hard and passing the exams.

Sothia did pass his exams but paying for college would be a challenge for his parents, who had divorced. He wondered how he could afford to live in the big city, and then he learned of a free dormitory run by a Christian organization. It was an answer to his problem.

The friendships with other village students at the dormitory helped Sothia to quickly adjust to college. The dormitory staff were also supportive, and sometimes Sothia would listen to the Bible studies that they hosted. After a few months, he came to believe in Jesus.

Sothia’s family took some time to accept his new faith, but they did not reject him. He continued to go to the village for holidays and family events like Pchum Ben (Ancestors’ Day) which is a 15-day long Cambodian religious festival. It is considered unique to Cambodia, and is a time when Cambodians pay their respects to deceased relatives. All Cambodians are expected to participate in Pchum Ben and this can be a difficult time for Christians like Sothia as they work out how to participate in family life and keep their Christian witness.

HOW TO PRAY
Pray the blessings of PSALM 128 on the people of Cambodia.

Young people in college or other training programs are more exposed to new ideas. Pray for them to find the message of Jesus online, or among new relationships. (ACTS 17:32)

Pray for Cambodian Christians to be a good example of honoring their parents and providing for their families, and to earn the respect of others as described in 1 THESSALONIANS 4:9-12. 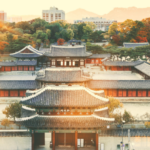