In late October, the northern hemisphere is beginning to experience chilly weather. People often think of this as a time to reap the harvest from previous months. But for the people of Ladakh in Kashmir, northwest India, many are already cut off from the outside world due to heavy snow which lasts over half the year.

Ladakh’s growing season only lasts a couple of months, but somehow, they have traditionally managed to survive as small-scale farmers. Water is in short supply in this high elevation desert, and the land can only sustain a few livestock. Ladakhi farms are irrigated by channels that funnel water from the melted snow from nearby mountains.

Ladakh is often referred to as “Little Tibet” because of the influence of neighboring Tibet. The population is divided evenly between Tibetan Buddhists in the east and Kashmiri Muslims in the west which can bring them into conflict because of their religious differences.

Over the past three decades many things have changed in Ladakh because of modernization. The Ladakh Department of Agriculture was able to persuade farmers to use chemical fertilizers and to replace their traditional communal labor systems for better production. But in matters of religion, traditional Buddhist practices are still followed and passed on to new generations.

Pray for the Ladakhi people to look to Jesus, the Lord of the Harvest, for salvation. (ACTS 4:12)

Pray for more workers to serve among the Ladakhi people and for those who are working hard to share the love of Christ with them. (JOHN 4:35-37)

Pray for developments in agriculture and education to help improve the quality of life for the people of “Little Tibet.” (PSALM 43:3) 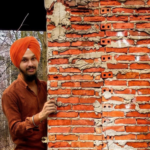 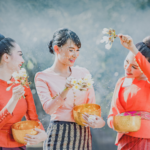