About 500,000 Buryat people live across northern Russia. Bayrma was born to a Buryat family in Siberia. Her maternal grandmother practiced shamanistic rituals when there was a family need. At school, Bayrma was taught that God was an outdated belief. Her paternal grandfather prayed with Buddhist prayer beads, burned incense before a small Buddha statue and visited a Buddhist temple once a year. But Buddhism was a mystery to Bayrma. No one talked to the children about it.

When the Soviet Union collapsed, Bayrma’s father announced they now had freedom to follow the Buddhist path. It was the way of their ancestors. Bayrma’s first visit to a Buddhist temple left her with many questions. Why were the prayers in Old Tibetan, a language they couldn’t understand? Why did they have to pay money for the rituals? Why were there so many Buddha statues and why could you not turn your back on them? Her father had no answers. He too was learning Buddhism. They were Buryats so they were Buddhists, he said.

In college, Bayrma was asked by some foreigners to help with some translation work and she became friends with them. She began attending a Bible study with them and was fascinated by a Bible in her own language. She began finding answers to many of her questions in its pages. She found stories in the Gospels that she could relate to. Putting her faith in Jesus gave Bayrma a new identity, one that was clear and free and led her to salvation.

The Buryat are surrounded by many religious – and non-religious – belief systems, but few Christians. Pray that they will experience the living Christ.

Pray for the Buryat to discover their identity as God’s beloved children. (1 JOHN 3:1-2)

Be inspired to pray for the Buryat from PSALM 115. 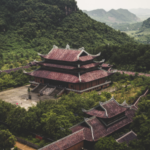 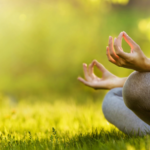