Whenever they could, Mai and her friends took weekend trips to visit nearby temples. It was refreshing to get out of the city, especially to visit temples in the mountains, and the Huong temple has a cave which shelters many different shrines to deities and even special rock formations which are considered sacred.

There are many others visiting the temple on a pilgrimage. Mai is not particularly devout, but Buddhism is a part of life in Vietnam and she makes a point of stopping at two particular rock formations called Nui Co (the girl) and Nui Cau (the boy) to ask  for the blessing of a child, which she and her husband have been longing for. When she leaves, she will pay a dollar to a person holding small birds in cages. The dollar pays for the bird to be released, which Mai hopes will mean merit for her in a future life.

Buddhism has a long history in Vietnam and although many Vietnamese practice traditional religions or no religion, Buddhism has influenced the culture of the nation significantly. Buddhism is the largest organized religion in Vietnam, with about 15% of the population calling themselves Buddhist.

Pray that Buddhists in Vietnam will experience the Father’s love for them. (MATTHEW 10:29-31)

Pray for churches in Vietnam – whether they have been able to take services online or have had to stop meeting due to COVID-19. Pray that church members would grow in their faith and be witnesses to their neighbors. (EPHESIANS 6:14-15)

Vietnam has a vibrant culture, globally renowned cuisine, and a growing economy. Pray that their leaders will promote justice and peace in the nation.
(1 TIMOTHY 2:1-4). 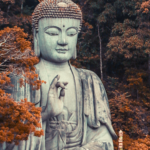 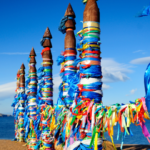