I confess the title is something of a joke. I wrote it, however, to make a point. There are over 7 billion people in the world. More than 4 billion are non-believers, of whom, over 2 billion have no access to the Gospel. Getting to ‘closure’ or ‘finishing the task’ can appear to be an almost impossible job. Breaking the task into chunks can make the task more manageable.

The numbers are huge, but the individual people are found in individual population segments: provinces, districts, languages, etc. Many of these are around 100,000 in size. If we use a fairly simple multiplying strategy, eight generations of church planting would be enough to ‘reach’ a population segment by any current definition, and ten generations would thoroughly disciple it.

Let’s do some math:

Doing this three times in succession would bring you to twelve generations and would saturate nearly any population segment. While not formalized as a strategy, this process is already being functionally used in some movements. How do we get from here to finishing the task more broadly?

The simple answer is sending same and near-culture workers from a fully developed movement to neighboring district(s). Once there, they start another multi-generational cycle. So, how quickly can a movement like this one ‘send out’?

If they have to wait until Generation 10 and it takes 20 years to get there, we are a long way indeed from finishing the task. On the other hand, if a movement begins sending out workers at, say, generation 4 or 5, and it takes months (not years) to establish the next generation, then the rapid engagement of whole provinces, countries, and regions can be had within one twenty-year cycle.

To summarize, here are three challenges that need to be addressed:

This article was originally published by Justin Long on his website justinlong.org

Going Out Among the Lost 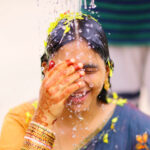