As two disciples of Jesus traveled to a town they had felt led to visit, their motorcycle broke down. They were stranded.

*Adesh stopped to help. The disciples learned that Adesh was the head of the village they wanted to visit. He offered to take them to his home and call for a mechanic. They readily accepted his hospitality.

“What do you do?” Adesh asked.

“We serve God and share His Word with people,” they said.

“Can you deliver people of evil spirits?” Adesh asked. His grandson had been oppressed by a demon for a long time.

When the disciples met Adesh’s family and prayed for his grandson, the boy was healed! Adesh hugged them and declared a feast to celebrate.

During the feast, Adesh went and told the whole village what had happened. “Come and see these two so they can pray for your troubles, too. You will be well!”

When the night was over, the disciples had prayed for 70 people. Adesh said, “Now that I know about Jesus, what is my next responsibility? I know other villages with similar problems. I can take you to visit them all.”

For two months, the three traveled together. Eight villages received the Message! If you are a BEYOND donor, you have been a part of this amazing growth! Thank you! 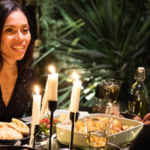 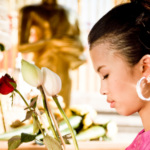