1 Corinthians 15:20 proclaims; “But in fact, Christ has been raised from the dead. He is the first of a great harvest of all who have died.”

In light of this verse, we celebrate our risen Lord this Easter weekend and share this excerpt from the forthcoming book, Bhojpuri Breakthrough, written by Victor John, with Dave Coles.

“About 12 years ago *Sashi was very sick with a fever, so her parents took her to the hospital. After two days her condition became more serious, and she was moved to the ICU. She had not been there long when the doctors came out and told her parents, ‘Your daughter is dead.’ When they saw the body, Sashi’s mother began crying and screaming. Her father said, ‘Don’t cry. Let’s pray.’

So they went in, knelt down by Sashi’s body and began to pray. They prayed earnestly for about 10 minutes, then suddenly they heard Sashi hiccup and start breathing again. They called for the doctor, who came and checked her over thoroughly. At last, he said, ‘She’s completely healed! She doesn’t need any more treatment. You can take her home now.’ Sashi went from the ICU with a high fever to dead to completely healthy and on her way home. This miraculous work is just one of many the Lord has done among the Bhojpuri.”

Now all glory to God, who is able, through His mighty power at work within us, to accomplish infinitely more than we might ask or think. (Eph. 3:20)

*Victor John is a movement leader in India who Beyond has had the privilege of working with and learning from. Dave Coles is an encourager and supporter of Church Planting Movements at Beyond. Dave was able to meet Sashi’s father, ask further questions, and verify this story through a separate party. 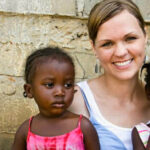 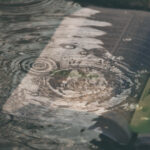