About two months ago, we told you about Gaden’s village. Here is a report from a more recent trip into the same village.

Joel* and his team of local disciple-makers were back in Gaden’s* village. They were going to conduct some basic health education and screenings, but they were primarily interested in visiting the young Discovery Bible Study (DBS) group. They hoped the group might want to be baptized.

Instead, the team was perplexed when the DBS people didn’t want to be seen with them. They kept walking away and avoiding conversation. Something had changed.

That night the local disciples quietly visited one of their houses. But the young man’s mother, Metog*, berated them for bringing a foreign religion into their village and involving her son in their “corrupt work.” The team left dismayed but praying for God to intervene.

The next day, Metog saw something unusual happening in a nearby courtyard. As she approached, she saw a nurse checking a neighbor’s blood pressure. Metog, too, needed medical attention. Approaching Priscilla*, one of the disciples she had scolded the night before, Metog asked if the nurse could come to her house for a private check-up. They agreed to come.

In the course of the check-up, Metog’s behavior completely changed. She declared that Priscilla was now like her own daughter and said Priscilla should be sure to stay in her home the next time she visited!

When Joel’s team visited the following year, they found the group of young people once again studying the Bible. “We have shared this Scripture with the whole village,” one exclaimed. “Everyone has heard it!”

READ ANOTHER STORY FROM JOEL

You can dispatch more compassionate disciples like Joel and Priscilla!

GIVE NOW TO DOUBLE YOUR IMPACT BY DECEMBER 31!
FacebookTwitterLinkedIn 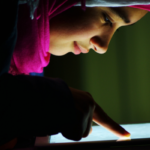 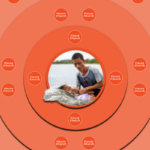