Three thousand people believing and being baptized in one day?! It sounds too good to be true, yet we know it is. The second chapter of Acts records this supernatural event. Thousands of people “from every nation” heard the loud arrival of the Holy Spirit and came to investigate. Filled by the Holy Spirit, Peter’s words pierced the hearts of 3,000 people. Answering their stricken question, “What should we do?” Peter responds, “repent of your sins and turn to God, and be baptized in the name of Jesus Christ.” In verse 41, we read, “Those who believed what Peter said were baptized and added to the church that day—about 3,000 in all.”

Perhaps you can think of other instances of groups of people believing and being baptized the same day or soon thereafter? (Cornelius, Lydia, the jailer, etc.) Actually, in the book of Acts, there are only three times when a lone individual comes to faith in Jesus. The vast majority of people who came to Christ in Acts came as part of a group.

And we see it happening today.

In North India, the Banjara are a poor and marginalized people. They live in tents next to open sewage at the side of the road. They eat leftovers that people throw to dogs. They get run out of town. Their children don’t attend school. Society has taught them that this is what they deserve. Life is very difficult for them.

But through Sanjay, a movement catalyst in India, many Banjara have heard the Good News and become disciples of Jesus. Among them are a man named Arjan and his family. Soon after believing, Arjan’s entire family (he, his wife, and their three young children) were baptized. In a nearby town, however, other Banjara believers had reservations about being baptized. As baptism is a public declaration of loyalty to Jesus, many feared retribution from their neighbors and their old gods. They wondered, too, if God would test their newfound allegiance with trials they could not bear. They were afraid. Wasn’t life already hard enough?

Wanting to embolden them to take this step of obedience, Sanjay brought Arjan to speak to this Banjara community about his baptism experience. When Arjan spoke about Jesus, he pointed out that Jesus Himself had experienced testing. He was tested by the devil for 40 days in the wilderness. And He prevailed. He was not defeated by His enemy. And so, because He has already been tested and come through victorious, we, too, can face our fears, our potential tests or trials, knowing that anything we face is nothing when compared to what He faced. He walked the road of testing before us so that when our turn came, we’d be able to walk it, too. We have nothing to fear.  He went on to say, “I thank God that when my child was about one year old, my whole family, came to God together,” Arjan told them. “From the oldest to the youngest, we came . . . all five of us took baptism together. And you would think that after this, we would have fallen into big (troubles). But no. Not at all. Everything changed. For the better. We felt joy.”

Far from regretting his decision, Arjan shared that his family was only glad they had been baptized. The terrible tests and pressures that he thought would come never materialized. Their greatest fears did not come true. In fact, the opposite happened. Blessings came. “And so I am telling you,” Arjan concluded, “you should absolutely remove from your minds any thoughts that after baptism, insurmountable (afflictions or persecution) will occur . . .. Please do it. Because Jesus has already given proof of his superiority, (and) you have already put your faith in Him. We are left with absolute life. Hallelujah!”

An announcement was made that a baptism would occur in three days. When the day arrived, more than half of the families were baptized together as a proclamation of their faith and allegiance to Jesus. Hallelujah, indeed! 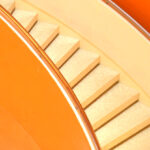 Completing the Task of the Great Commission in 10 Easy Steps?

“Does God Have a Hearing Problem?” 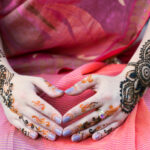