The apostle John tells us that after following Jesus for a short while, Philip went to find his brother Nathanael to tell him that he and Andrew had found The One the prophets had written about. He said, His name is Jesus, the son of Joseph from Nazareth. Nathanael, like brothers everywhere, questioned his brother’s announcement with, Nazareth! Can anything good come from Nazareth? Instead of arguing with him, Philip wisely invited Nathanael to come and see (John 1:43-49). How we wish we could extend to you the same invite. Great things are happening in India! Here is one example.

There was a Hindu family in K Village in North India. After eight or nine failed attempts at making a marriage match for their eldest son, they despaired of ever seeing him married. The disgrace of so many rejections clung to the mother like ivy on a tree. Like good, Hindu mothers everywhere, the mother in this family believed that marriages occurred at the pleasure of the gods. Why did her god not care for her? Why could he not see their plight?

Disheartened, the mother stopped worshiping at the local temple. She watched her eldest son become depressed, and then start to drink. Meanwhile, her second son, Mohit, was despairing for his own future. How would he ever marry with this shame hanging over not just his brother, but the whole family?

One day, a friend of Mohit’s invited him to come with him to visit another village where a house church was meeting. Mohit had never taken part in a Bible study discussion before. At first, he was shy, but soon he grew bold to not only answer questions posed to the group, but also ask his own questions. He loved it. Mohit’s friend finally said, “You can speak boldly and you know many things and speak well. Why not join this group?”

Why not, indeed? Mohit returned the next week. He loved the give-and-take of the Discovery Study process. When he arrived home that night, he told his mother about that night’s discussion. She asked, him, “What are you doing? Where is this meeting? What do you do there?” Mohit told her all about it, confessed to really enjoying the discussions, and ended with, “You should go because many good things are there. Our whole family should go.”

And so they did. Mohit’s whole family attended the house church worship service with him. However, on their way home after the meeting, his mother seemed unfazed. No reaction. Had she enjoyed it? Was she offended? Mohit said, “Ma, we should call the leader to come pray for us. My friend says these are good people. I believe all our problems will go away [if they pray for us].”

Little did Mohit know, his mother was quiet during their walk home because she was thinking about an unmarried girl she’d seen at the meeting. After some time, Mohit’s mother and father admitted that they didn’t want to join the group, but they did want to meet with the leader. He visited them in their home, and then, yes, he helped them with the match. Seven months later, Mohit’s older brother married the girl from the meeting. Mohit’s mother exclaimed, “This is a good miracle!” Soon after the wedding, Mohit’s entire family were baptized!

Today Mohit’s mother is excited. She shares with anyone who will listen about Jesus and the changes He made in her family. She tells them, “You don’t have to put your faith in Jesus or believe, but you do have to hear these stories!” To date, Mohit’s mother has shared about Jesus in five other villages, seen 20 Discovery groups started, and has seen whole families baptized together.

In the grand scheme of things, the story of Mohit’s family is pretty small. What is one family compared to a population of 1.3 billion? I read recently that if 1 second is 1 second, 1 billion seconds is 30 years. That’s a huge difference! So, what is one family’s story worth?

Jesus’ brother, James, wrote about small things. He said, a tiny spark can set a great forest fire (James 3:5). Please join us in praying that families like Mohit’s will cause a “forest fire” of love and joy to sweep over the peoples of South Asia. 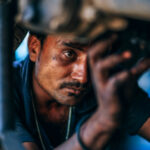 Always There, at the End of Ourselves

God Changes Even the Hardest Hearts 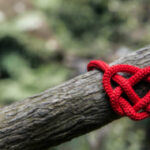