Andy* is a young boy who lives in Thailand with his mom, dad, and new brother, Micah.

His parents recently told him that many people had been praying for him since before he was born. They had prayed he would follow Jesus at an early age. Now they were praying the same thing for baby Micah. Andy knew for certain that he wanted his brother to be in heaven with him one day.

As his parents continued talking, Andy became very disturbed by the idea that some people he knows and loves, who don’t follow Jesus yet, won’t go to heaven. The idea took root in his heart for the first time.

He was brought to tears when he realized some kids at his school don’t know Jesus yet, including one of his best friends, Prem. His parents told him that was the reason they had moved to Thailand. “As followers of Jesus, Andy, it is our job to pray for people’s hearts to be open to Jesus and to share Jesus with them.”

“While the moment was emotionally hard,” Andy’s mom says, “it was beautiful as well. To watch his young heart understand in such a personal way was truly a gift. Having a face to pray for is much different from talking about a large group of people.”

Lord, stir up a holy discomfort in all your followers concerning those who will not be in heaven with us. Billions of people can’t say yes to you — they’ve never heard of you! Break our hearts with this reality, Father. May we boldly share the glorious news of YOU with those around us. Call us to the nations for your glory. Amen.

DO YOU HAVE A HEART FOR THE NATIONS? CHECK OUT OUR NUGGET TRAININGS . . .
FacebookTwitterLinkedIn 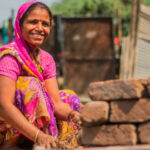 Shanti: A True Person of Peace 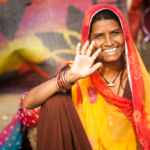