In the Tibetan Himalayas, a church was born — the first church in its district. Its members began to share the gospel with others from their own people group. This brought much fruit, resulting in the formation of several churches in neighboring villages. The first church also expressed a desire to go to different, nearby people groups, including the Tazig* people. Joel*, BEYOND’s Affinity Strategy Leader for the Tibetan Himalayas, works among the Tazig people and has kept in touch with this church for mutual encouragement.

About three years ago, a man from the church was hired as a teacher in a Tazig school and began sharing the gospel in the surrounding area. Soon thereafter, God led Joel and his team to invite a couple of the church’s missionaries to join their trek into Tazig country. These men accompanied the team on three of their month-long trips. They were able to see how the team discipled people they encountered for the first time, as well as those with whom they had already built relationships. “I have learned so much from joining you on this trip,” one man said. “I have come to this village before by myself, but I didn’t know how to talk to these people, and I didn’t know how to start a church, but by watching you, I have so many good ideas.”

Joel learned that other men from the church were actively attempting to make disciples among different people groups, often walking long distances to reach them. Seeing their obedience to Matthew 28:19-20, Joel offered to lead a DMM (Disciple Making Movement) training for these earnest men. Seven men attended, including the church’s pastor and a young man who had traveled with one of the missionaries. They were thrilled with the training! One said, “I was already committed to doing this work, but now I know how to do it.”

Two of these men have been commissioned to the Tazig people, one to a different Tibetan Buddhist group, and two more to Hindu people groups. Please pray for them as they go make disciples in these people groups.

In Beyond’s free, online Nugget training: “What is Jesus Looking for in his Disciples?” we will look at what Jesus truly cares about when He asks people to follow Him. Join us Thursday, June 25th, from 7-8:30pm CST as we discuss explore some modern-day examples of how God is using ordinary people to further His Kingdom to the ends of the earth. 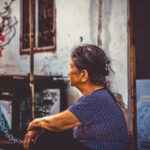 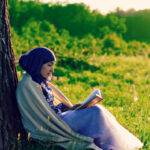